Children in these parts of the world live in such extreme poverty that many do not even understand what a gift is. What might seem simple to those in first-world countries is mind-blowing and worldview-altering to others.

This was the case with Izabella McMillon. Growing up in communist Romania, she remembered her parents struggling to feed her and her brother. She also remembered how difficult it was for them to fit her with shoes as she grew up.

In Romania, Christianity was illegal, and worship was not allowed. “We grew up not knowing who God is,” Izabella explained in an interview with Allen Jones at Life 97.9.

Yet Izabella realized something important. “God is a God who has a way to enter spiritual darkness,” Izabella stated. “He is not bound by governments.”

God was working in Izabella’s life from the very beginning.

Seven-year-old Izabella and her brother were playing in their house when they noticed a bump in the rug. They saw that the floorboards were detached, and when they pulled up the floorboards, they came across an unexpected treasure.

Underneath the floorboards was a Bible, safely tucked away from the ominous rule of the communist government.

Izabella’s parents told her and her brother it was a family Bible. Their parents had hidden it there and read it together, planning to reveal it to the kids once they were old enough to keep the secret. The discovery prompted them to introduce it to the children early.

“We read it like a storybook,” Izabella remembered. She said they started on page one and kept reading until the end.

When Izabella was 11 years old, she was invited to an underground church. She and her brother began attending weekly church services. Each member had a schedule that showed them when to arrive so that there wouldn’t be too many people arriving at the same time. This way, they evaded suspicion of those who might report them.

The pastor took Izabella and her brother under his wing and taught them about God. He told them that they could ask him any questions they had. Izabella had a lot.

But when she was 13, she asked him a vital question.

“How does somebody pray?” young Izabella queried. The pastor asked her why she wanted to know. “Because it’s cold outside, and I don’t like it,” she replied. She intended to pray for snow since she thought the cold would only be worth it if it snowed.

Izabella loved the snow for one simple reason. It meant she would be able to play outside instead of going to bed. Where she lived, there was no electricity, not even a streetlamp. It would become so dark outside that they simply had to go to bed when it was dark out.

But when it snowed, everything changed. The snow lit up the world with a soft, glowing white. Her parents would allow her and her brother to play in the dark as the snow gently brightened the darkness around them.

And so, the pastor taught her how to pray, telling her to “talk to God like He is your best friend.”

Taken aback by the simplicity of prayer, Izabella quickly began to pray for snow. That night, she went to bed, eagerly awaiting the moment when she would wake up and see the white powder covering the earth.

But she was disappointed when she woke up the next morning, looked out the window, and saw the mundane, snowless world staring back at her.

But she didn’t lose faith quite yet. She kept praying and praying until two and a half months later, she finally complained to her pastor. God had not answered her prayer.

And God did answer her prayer.

“We were trained as kids to put our shoes on as fast as we could and run and get there and get in line,” she said, “because whatever it was, we don’t have it.”

So she pulled on her shoes as fast as she could and sprinted with the crowd. But they passed the grocery store.

The crowd brought her to the center of her small town where trucks were parked. And when those trucks opened, Izabella’s breath was taken from her lungs.

“It was like a splash of color in our black and white world,” she remembered whimsically. “I had never seen so much color in my life.”

Inside the trucks, there were shoe boxes wrapped in beautiful wrapping paper. Operation Christmas Child had arrived in Romania.

A woman came up to Izabella and gave her a colorfully wrapped shoebox. Other children were also receiving these gifts.

“I just couldn’t believe … that someone would give you something for nothing,” Izabella stated. She remembered asking the woman who had handed her the gift, “What do I have to do for this?”

“Nothing,” the woman told her lovingly, “this is freely yours like God’s gift is freely given to each one of us. Is there anything I can pray for you for?”

Izabella, still dazed by the unbelievable gesture, knew what to tell the woman. It was a prayer she had been praying constantly. And so, her and the woman prayed for snow.

Once the woman left, she opened the shoebox gift to find a variety of things, but one small object in the corner caught her attention. It was small, delicate, and colored in silver and blue.

A boy saw the object in Izabella’s hands and told her to shake it. And just like that, tiny silvery flakes of snow swirled within the object. She had been given a snow globe.

That was the day Izabella realized that “God is not just a storybook.” He is real and loving, and “He knows my name.”

This year, you can help children around the world realize that Jesus knows their names too. Fill a box for Operation Christmas Child and drop it off at one of the locations listed here. The collection dates for 2021 are November 15 through November 22. 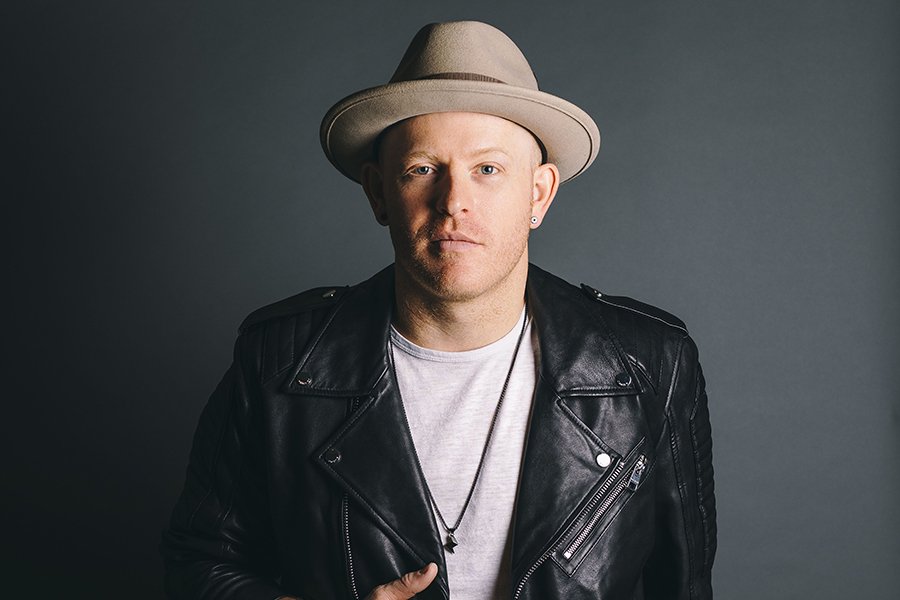 Jordan St. Cyr reminds us to have hope in our heartbreak

Jordan St. Cyr has written a song based off of his personal experience that will help us endure the darkest, most hopeless times of life. Am I really enough?

Your freedom from the enemy’s lies (condemnations) comes from Christ! You are enough! Speaking with a counselor for Mental Health Awareness Month

I had the chance to interview with Crystal Dunham, who is a counselor at Valley Christian Counseling Center, for Mental Health Awareness Month. If you are interested in helping support the people of Ukraine, we have compiled a list of some of the organizations that are actively coming alongside them. Am I really enough?

Your freedom from the enemy’s lies (condemnations) comes from Christ! You are enough!

Speaking with a counselor for Mental Health Awareness Month

I had the chance to interview with Crystal Dunham, who is a counselor at Valley Christian Counseling Center, for Mental Health Awareness Month.

If you are interested in helping support the people of Ukraine, we have compiled a list of some of the organizations that are actively coming alongside them.